BPS #050: What Is The Best Painkiller For Sciatica? 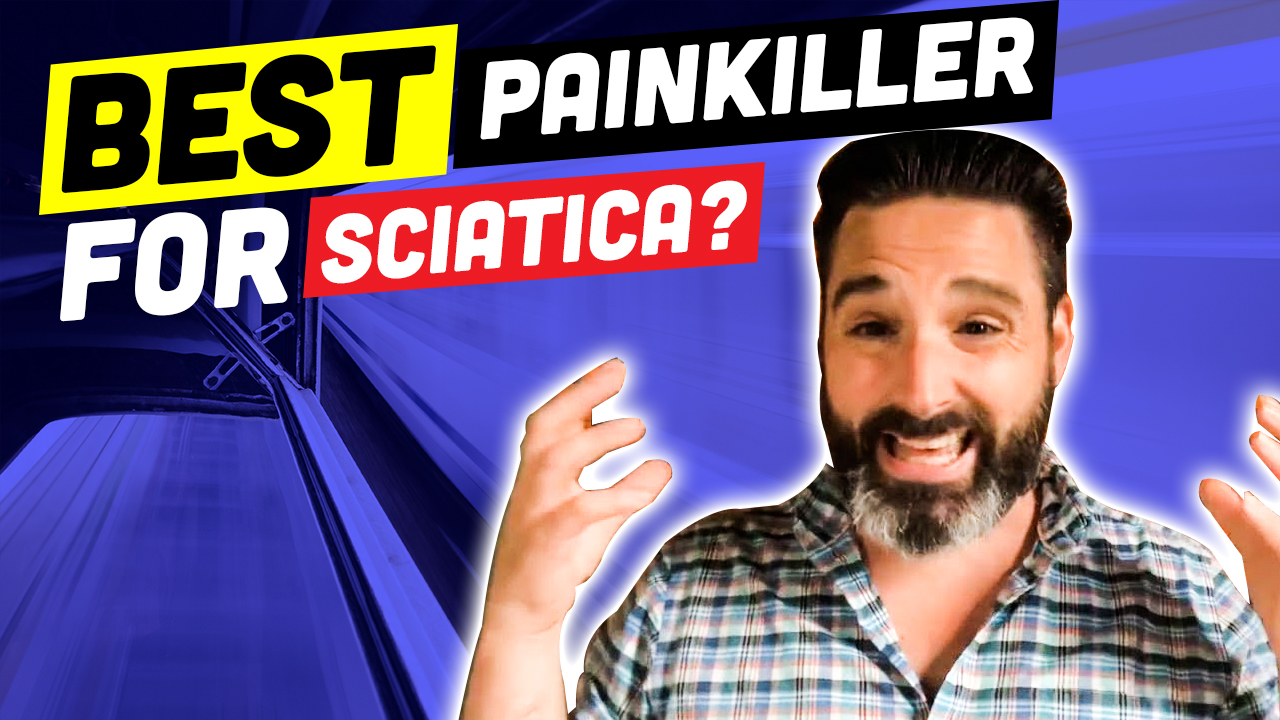 Today, we are going to talk about what is the best painkiller for sciatica? But before I start, I need to tell you a little story. Like I told you guys, yesterday, I’m on vacation and it’s going great, but I wonder if some of you guys back home there might have the same problems with your kids?

Like I told you guys, I’m on this quest right to help 1 million back pain sufferers and doing this, I’m listening to all kinds of different podcasts, trying to get some ideas how to market my message better to the world.

And that like really stuck with me and I had this discussion with my son. His name is James. James is 10 years old and he’s on the computer all the time doing stuff, watching other people doing stuff on the internet, YouTube. So I told him you know we’re going to try something else this summer. You are actually going to have your own show, just the way I have it.

So he’s allowed now to watch YouTube clips to get ideas for his own clips for research, and then he needs to go out and he needs to produce something. So we put up his YouTube channel and he’s doing this and he’s recording stuff. He’s understanding the concept from not being the consumer. He’s actually being the producer of social media.

I’m more okay with that if he’s doing that you know, that he’s producing something. He’s doing something. He’s just not sitting there looking at someone else doing stuff. Okay, guys. That’s today’s rant on that. But it’s a good idea. So if you have kids, try to make them producers instead of consumers of social media.

Anyway, today what is the best painkiller for sciatica? First off guys, before I get all kinds of emails, pings, and calls, before you take any medication, you should obviously check with your doctor.

So I’m giving you some general guidelines here but this isn’t like put in stone. You need to check it out with your doctor before you take any medication. To give you guys a bit of backstory here, I’m going to tell you the story about Kenneth.

Kenneth is 40 years old. He’s in the US Army. He’s in the weight training quite a bit. He’s a big guy and he’s going on these missions for the army, and he’s really like a hardcore, body builder, almost you know, and he’s always into physical sports.

He does martial arts. He has a black belt in karate, and he’s very, very physical. So five years back, he was doing some training and he bent over to pick up the weapon from the ground and something just popped in his back. He didn’t scream, but he felt like his left leg — something bad was going on there.

He had excruciating pain in the lower back but also radiation down his left leg, all the way down to his foot. He’s a tough guy, right? So he toughened it out. He didn’t really think too much about it. He iced it. He got some treatment but it continued. But he never said anything.

The problem was that he could he wasn’t able to work out as hard as he used to. Anytime he starts to do heavier weight training, or his martial arts, the karate, the pain increased.

It got so bad so he actually lost a lot of his strength in his left leg. This stuff created a chaos feeling in his head you know, because he felt angry inside and he was frustrated.

He was also sad because he felt like his life was more or less over, because he wasn’t able to work out. All his identity was in like his body. He was so strong. He was so fit and that was his thing that he was most happy when he was working out.

All of his friends they were working out. So this was really, really bad for him, but he kept on going to the gym lifting anyway you know, and he had this mentality “no pain no gain.”

Anyway, he hit kind of a wall here. This was like three years back. He was at the gym and he was still a strong guy you know. So he tried to squat 350 kilos and that’s a hell of a lot of weight. That’s way too much weight to put on.

If you are in back pain, I would never do like squats or anything like that, but that’s what he did. 350 kilos and after that, he had problems standing, walking, sitting, and he was almost screaming you know, when he was walking because it was so painful. It was so, so painful.

But then one of his buddies that had a similar problem told him, “You know, you should get some like over-the-counter pain relievers just to take the edge off you know, this NSAID stuff, like ibuprofen or Advil, something like that.

So he started off to take that and that helped him a bit. He could relax and he felt it was working a bit. Then also he took these like prescription muscle relaxant tablets as well, just to get the muscles relaxed.

So he increased with that as well. The problem was that he was a big guy and he started to take more and more of these pills. And also he had this more or less like chronic back pain located in the mid of his back or his lower part of his back. So he also started to take this antidepressant pills for chronic low back pain.

So the stuff that he was taking, that’s quite a good prescription you know, if you take them for a short period of time, and if you’ve checked with your doctor and things are working.

The problem with Kenneth was that he was overdoing it. He was taking like three or four times the amount, and he took that just because he was going to be able to do the amount of physical exercise he needed to do in his work in the army and he wanted to keep on working out.

So when he came to me, this was also a Skype call, by the way. He called me and we had like an hour’s Skype call. I told him you know to give you some ideas you know, first off man, because you’re so hardcore into this weight training, I told him, I’m not going to like be involved with your rehabilitation whatsoever, if you don’t stop doing weights altogether, okay?

For three months, I don’t want you to go to the gym at all. Not at all. I know that’s going to drive you crazy, but you need to just put a handle on that, because that is irritating your back condition quite a bit.

So he told me you know, I’m going to do that. So he started walking. That’s what he did. And he also got a TENS machine. A TENS machine is basically like two electrodes. They can be two or four.

You put them on your lower back and you put some electricity on and what it does it interferes with the pain signals going up to your head so you can feel less pain with that.

So he had that machine on and he was using that for maybe half an hour to an hour and a half, two hours a day you know off and on. So that helped him a bit. He also got this inverted table and there are different inverted tables. There are the ones that you’re like all the way down, your head down to the floor. That’s too much.

Like he was in maybe 20 to 30 degrees traction. He was just lying like that and he was on that for maybe 10-15 minutes a day. That helped him quite a bit, you know. So he’s on this routine, he was walking daily, and he had this TENS machine. He was doing some traction in this inverted table stuff that he got, and things were feeling better you know, like 60, 70, even 80% of the pain reduced over these three months’ time.

But still, he couldn’t do any of his weight training in the gym. He wasn’t in there, and he didn’t do any martial arts, whatsoever. The big problem was that the demands in his work, he was an army man, right, he needed to use his body quite a bit during the day and that also irritated the back quite a bit.

So that the next call we had on Skype, he’d been talking about this, and he talked to his superior officers or whatever in the army you know, and he actually is changing his work now to becoming more of an instructor and teacher instead of doing all like the heavy stuff himself.

He’s also doing this walking every day, and he’s also able to go to the gym now, but he can just do lighter weights and only machines and especially stuff that he’s pulling down and towards himself. He’s not allowed to do any squats, any deadlifts, any like heavy stuff in the gym.

He’s quite content with that because he likes to go to the gym just to have a chat with the guys you know, and also it helps his social stuff. He’s also starting to do some meditation just to relax his mind a bit.

So right now, he did quite a bit of a transition, right, guys. In most days, he doesn’t need to take any drugs whatsoever, and that’s excellent. He’s not able to do the martial arts, but he’s doing lighter weight training, okay? Like 80% of the weights that he was doing before, he reduced like the amount. So he’s lifting really light stuff but he’s getting this social stuff anyway.

He’s quite okay with this situation because he really enjoys waking up every morning or most mornings, and he doesn’t feel like an old man, you know. He can go to work, he can hang out with his buddies, and he’s not in pain, and he’s off painkillers.

So Kenneth, I mean, there’s a lot of patients that I meet like in Kenneth’s situation. That they’re nervous about like losing their whole life if they can’t work out that hard, but there is a life afterwards, you know, especially if you’ve reduced your pain quite a bit. Life is quite nice, okay?

You need to find other values in life, not just to work out, to fill those needs. 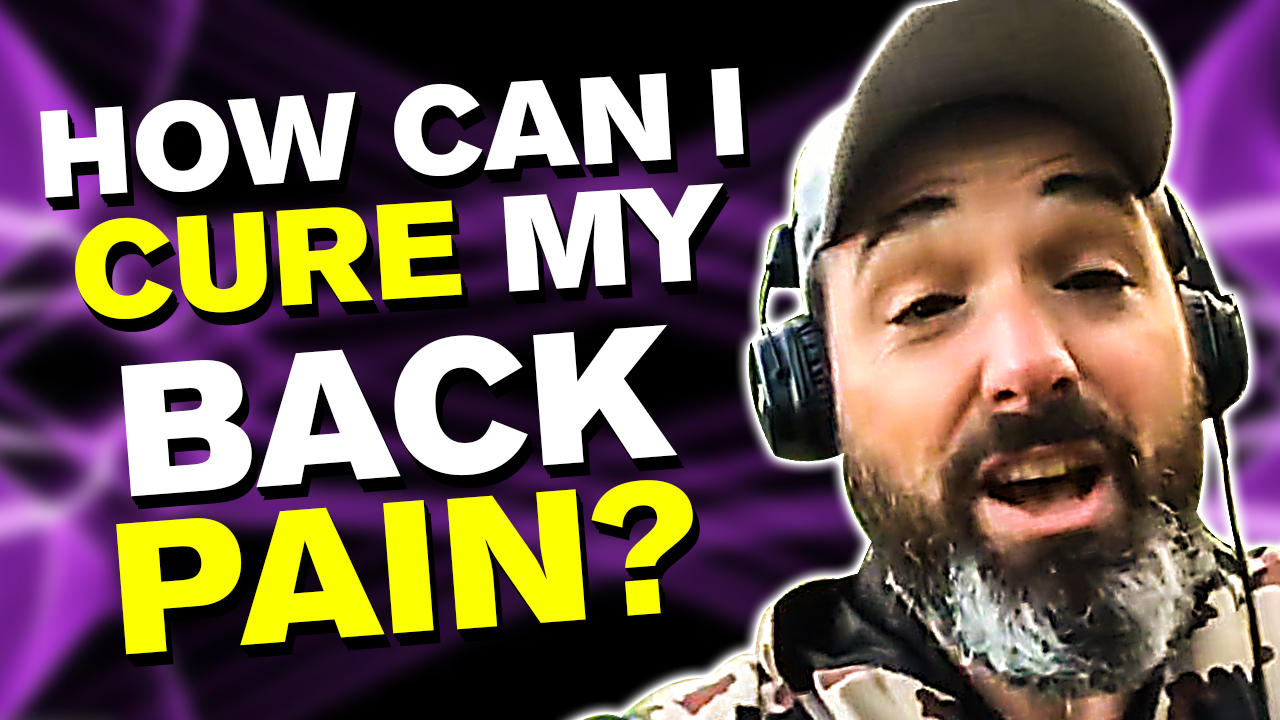 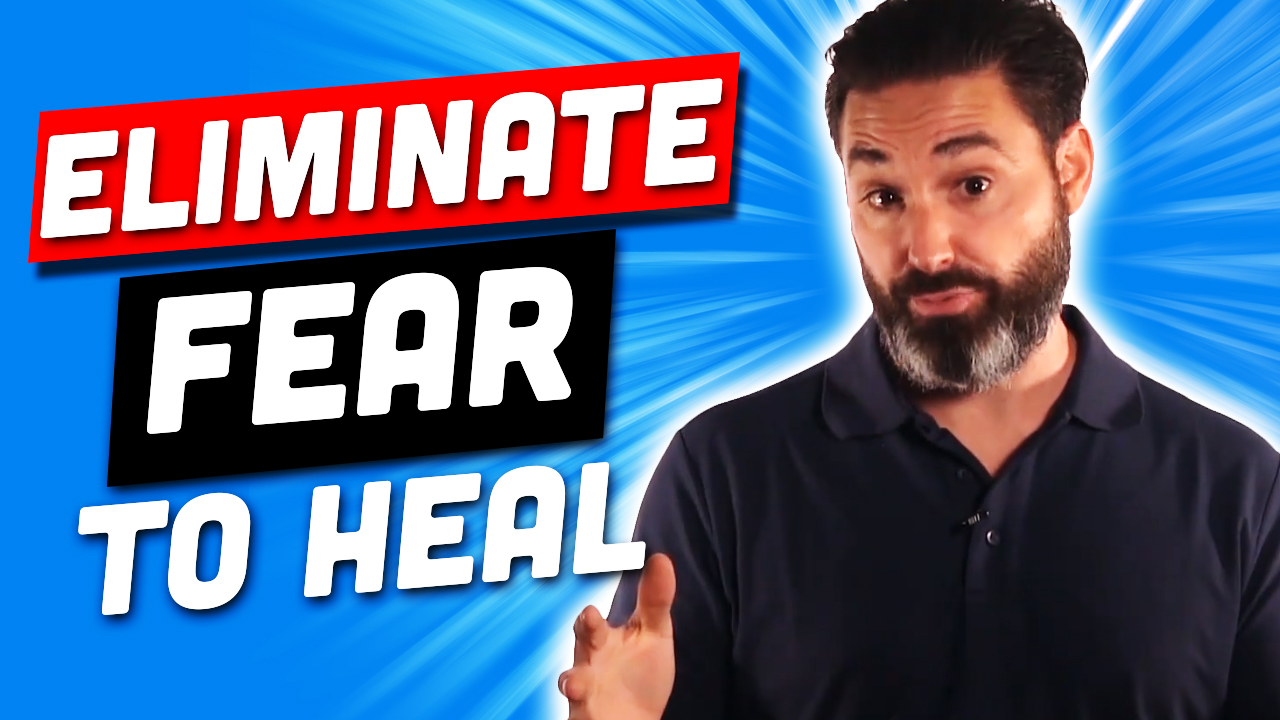 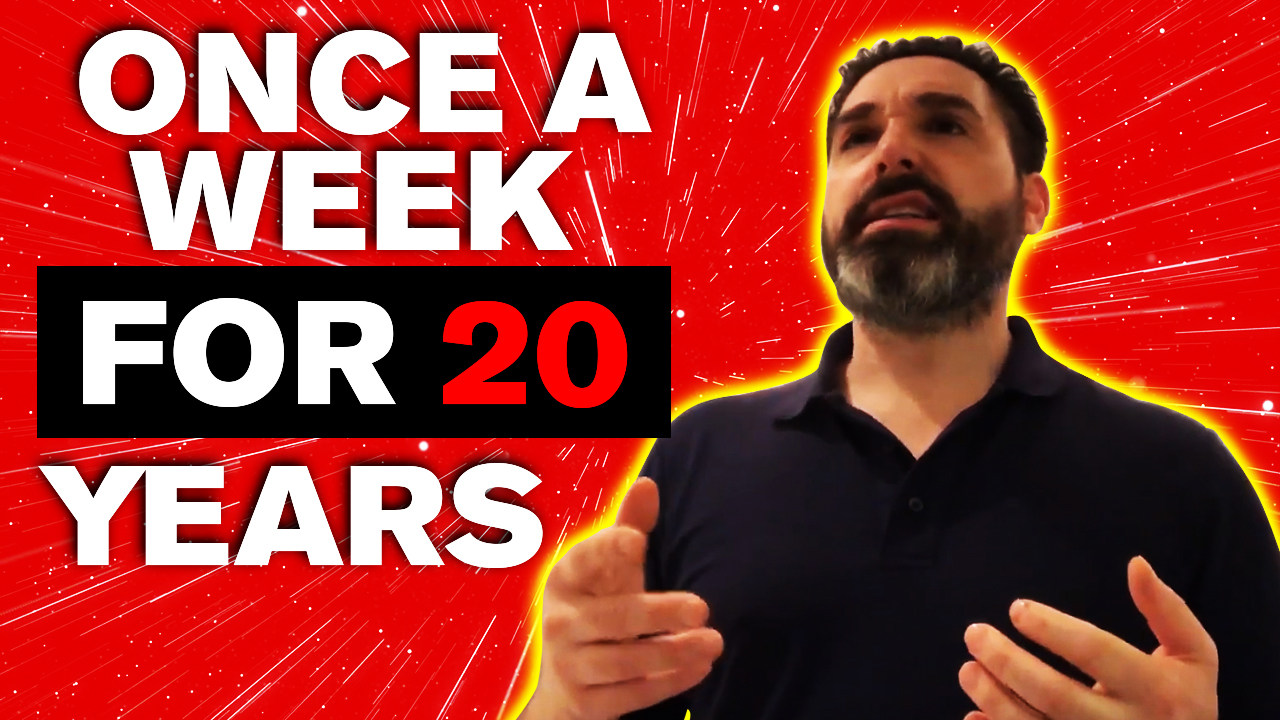 BPS #036: Patient Visited Same Physiotherapist Once A Week For 20 Years Without Reducing Here Back Pain… 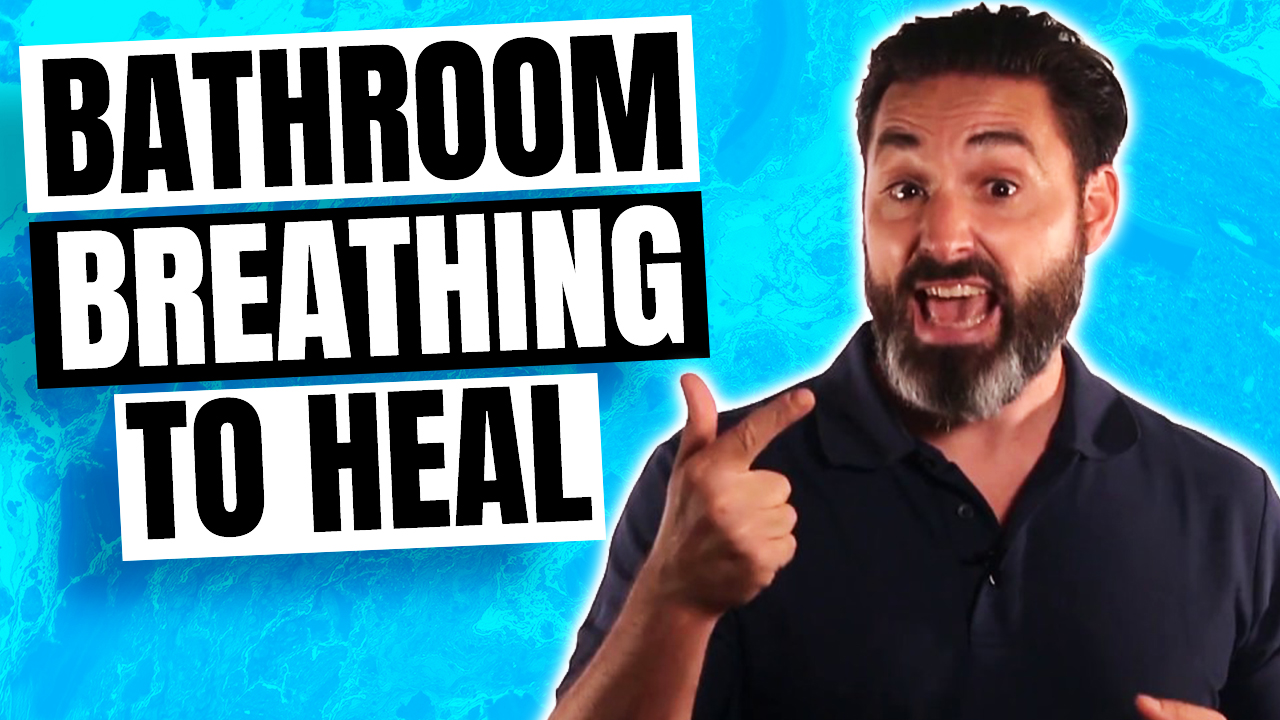