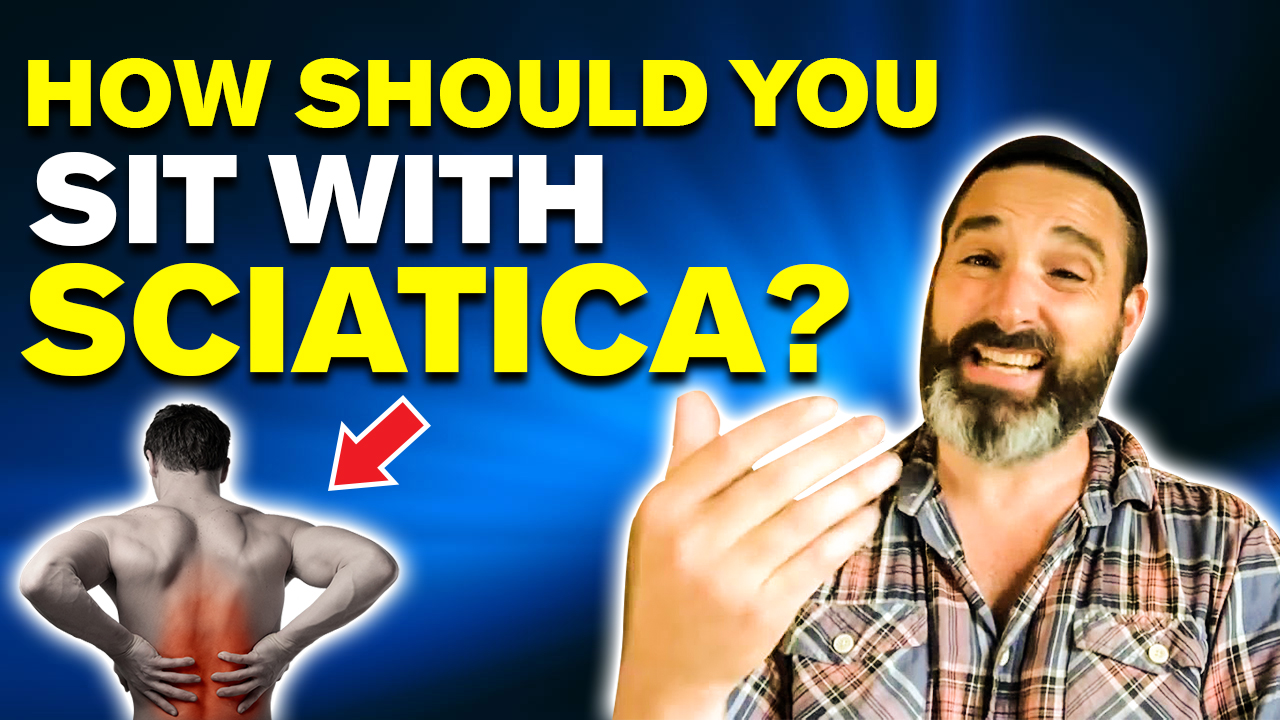 Today, we’re going to talk about, is it good to get a massage when you have sciatica pain? But before I get into all that, I need to just tell you a bit, what I’ve been up to the last couple of days and bear with me for the story here. There’s something for you back pain sufferers out there.

So I went to Malmo with my wife and kids to visit my brother and his wife and their kids, and we had like one day together and then I got sick. I got really sick. I had a bad cold. In the middle of the summer, I had a high temperature, nose, throat, you name it. You know, I was in bed, a big man cold. You could definitely say that.

And while I was in bed just lying, I was feeling sorry for myself that I’m missing out on all the fun they were out having. They actually went to Copenhagen that is very close to Malmo, and they went on an amusement park and all of this. But I missed everything. I was in bed.

So I was in bed there and my thoughts started to wander you know back about 10-15 years back in time when I was suffering really bad from back pain from this ice hockey incident that I’ve been in. And something that really helped me back then when I was walking around feeling sorry for myself is something from the Bible actually. It’s a quote that says “Even this will pass” you know. This will pass as well, and that’s something that while I was in there with my man cold feeling sorry for myself, I thought about it, you know. This will also pass. So that’s something you back pain suffers out there should really think about and have it ingrained in your brain. That whatever you’re going through you know, it’s not forever. This too will pass, okay?

This stuff that you’re going through the frustration, the irritation, the pain, this too will pass and just having that in the back of your mind. And as we grow older, we know that’s true, as well.

Okay, guys. Back to today’s topic. Is massage good to get when you have sciatica? So the backstory here is Michael. Michael is a 40-year-old male. He has a herniated disc from L4-L5. He’s had that for a few years and he has more or less constant radiation down his left leg, especially when he’s sitting too much or when his twisting and turning his back too much.

The big problem for Michael is that Michael and his wife, they’re trying to have a kid and doing that, you need to be intimate, okay? The thing is that every time they’re intimate now, Michael, he’s not feeling comfortable because the intimacy that they’re experiencing is actually creating more pain in his back and in his leg. So even though he wants to be intimate with his wife and give her the love and attention she needs, he’s suffering for it, afterwards, okay?

That’s taking the whole joy out of it. It’s also making him feel less like a man you know, that he can’t perform. It was a big, big problem you know and it’s also something that’s very common especially by men to come to visit me, or they don’t express it in the same way a woman does you know, especially when you have problems being intimate with your partner because of your pain in your lower back or your leg.

So the thing is he really hit the wall here because the wife put him up for a couples’ massage. Ten times she paid everything you know. So they went to this this couples’ massage place, and they had two masseuses, and they were lying down there and were getting the massages.

During the entire massage, Michael was struggling you know, because it was so painful and after about 30 minutes he said, “Hey, I need to just go and have a shower you know and get out of here because this is just too painful.”

So when he tried to get up from the massage table, it was so painful that he couldn’t get up you know. They actually had to — the other masseuse actually had to help him up and they got him into a shower and that he had a cold shower and they put him on his side, and he eventually got better so he could get home.

But he was so frustrated because even that you know, that wasn’t being intimate. It was just like something that should be really pleasurable, but it was really painful.

So he’s really, really irritated when he visited me you know, and he said you know I don’t know you. I’m 40 years old and I can’t be intimate with my wife. I can’t have like a soothing massage. I can’t sit down. I can’t stand up for a longer period of time where I’m suffering at work. I can’t sleep and it’s just horrible.

He’s really, really stressed around a lot of things especially this intimacy because he thought that maybe his wife you know, she’s 30 years old. She didn’t have any kids. Michael had a kid before.

So during the conversation, it came up you know, he was afraid that his wife was going to leave him because they couldn’t have this kid, and because he couldn’t give her the love and attention she needed, you know.

So we had a chat about this you know, and I showed him a couple of like different positions and stuff they could use when they were intimate that’s beneficial if you have back pain, but also, I told him you know, you can use this massage thing you know, massaging each other, but you need to be very specific how to do the massages. Be gentle you know. Also specifically, the positions when you’re lying down giving each other massages.

He told me the story about when he went to the massage therapist there, and I told him, “Probably, if you were on your stomach you know, lying down for half an hour, that really irritates the back, so you can try to put a cushion in between your hips you know, just to try to get — that’s irritation on your nerves and your disc, especially like in the lower back.”

You know, he’s going to try that out. And also I told him about this eye-gazing thing you know. Also, you can be intimate with your partner in different manners you know, not just like intercourse stuff. You can do like this eye-gazing stuff is really, if you guys haven’t tried it, just get your partner.

Put him or her in front of you and just look into each other’s eyes for a minute you know. That’s really, it’d get you going. Soothing massages you know, you can like try like eating food and just try it out. There are all kinds of different stuff there that you can try to do, and that’s not as much painful at the back as pure intercourse.

So he’s going to try that you know, and he’s also tried to go through therapists to couples’ therapists to talk about this thing with his wife that he’s really afraid that she’s going to leave him because he is not able to be intimate in the way he thinks he should be.

Also Michael is kind of this typical man you know, big, strong, doesn’t say too much. He has problems expressing his feelings you know. He keeps a lot of them inside and just having all of that stuff bundled up all the time, that also creates stress and can go straight to your back.

So he’s also telling me that just talking about his feelings and getting this stuff out in the open has actually made him more relaxed, you know, and getting the confirmation, he feels more safe now when the wife has told him that it’s okay.

We’re going to find other ways and this too will pass you know. You’re not going to be in back pain and have sciatica for the rest of your life, but right now, we’re going through a rough spot and we need to just tackle that.

So the message guys here, is it good to get a massage if you have sciatica? Absolutely, you know, but like always, when you go for a massage, you need to be very specific to the masseuse what you like.

Also try lying on your side maybe, just lying like for 40 minutes on your stomach, that can be quite painful or even on your back. So you need to switch the positions around a bit. Don’t go for like hardcore, deep-tissue, Thai massage when they’re walking around cracking your back and stuff you know. Go for soothing oil massage, like classical, really light stuff to begin with.

So do that and talk about your feelings guys. If you have back pain and if you’re struggling with stuff in your life, you definitely need to have a chat with your partner, a heart-to-heart chat with your partner, to discuss this, because if you’re trying to just be this strong, tough man or woman and not sharing that stuff, that stuff bundles up inside and just goes right to your back and increases your back pain.

Okay, guys. That’s what I had for today and also I have to say I’m having a few like emails and stuff come in and people ask me for like some sort of magic solution for your back pain, and they’re not walking you know. They’re not walking. I asked them are you walking 40 minutes every day?

They’re saying no. I’m not walking. Well, I’m just calling it out like I see it guys. If you that are watching or listening to this have back pain or sciatica and you’re not walking 40 minutes a day, at least seven days a week, you’re not serious about healing your back pain, okay?

That’s like the number one thing, okay? You need to get your shoes, turn off this this podcast, and just go out to walk, okay? Forty minutes every day, seven days a week. No… you just need to get that done, okay?

Take care guys. I love you all. I’ll talk to you tomorrow. 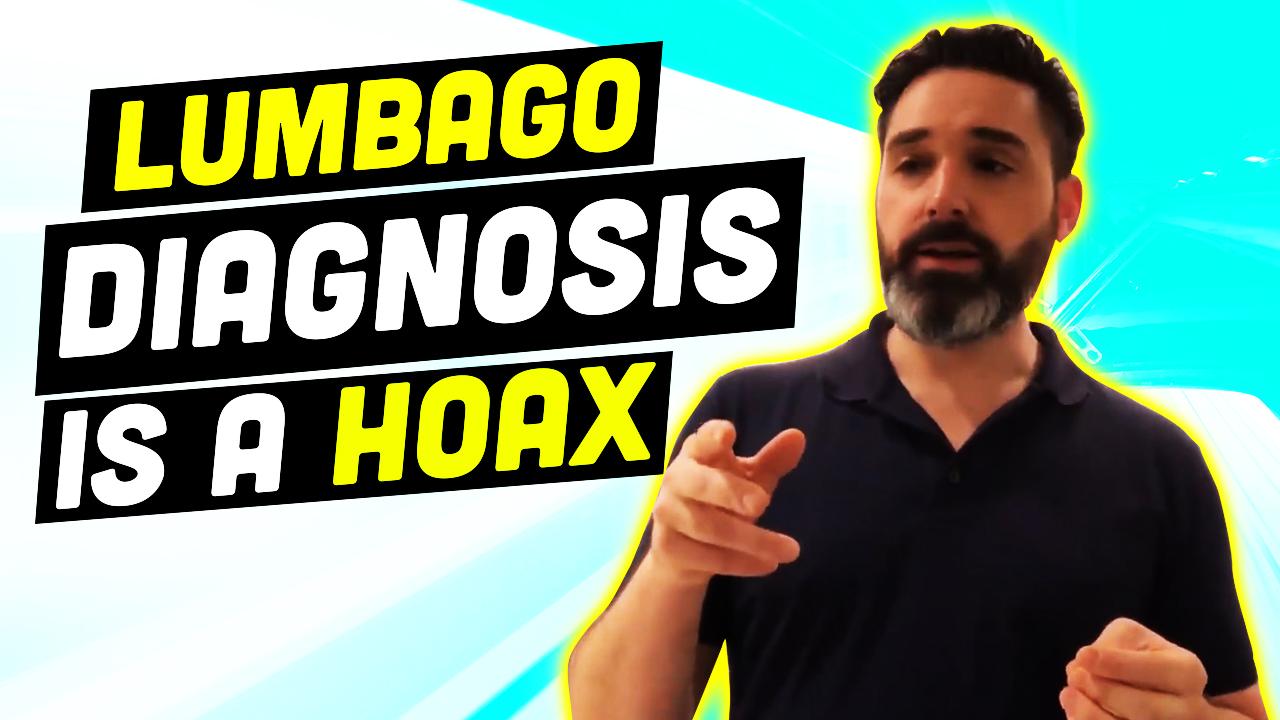 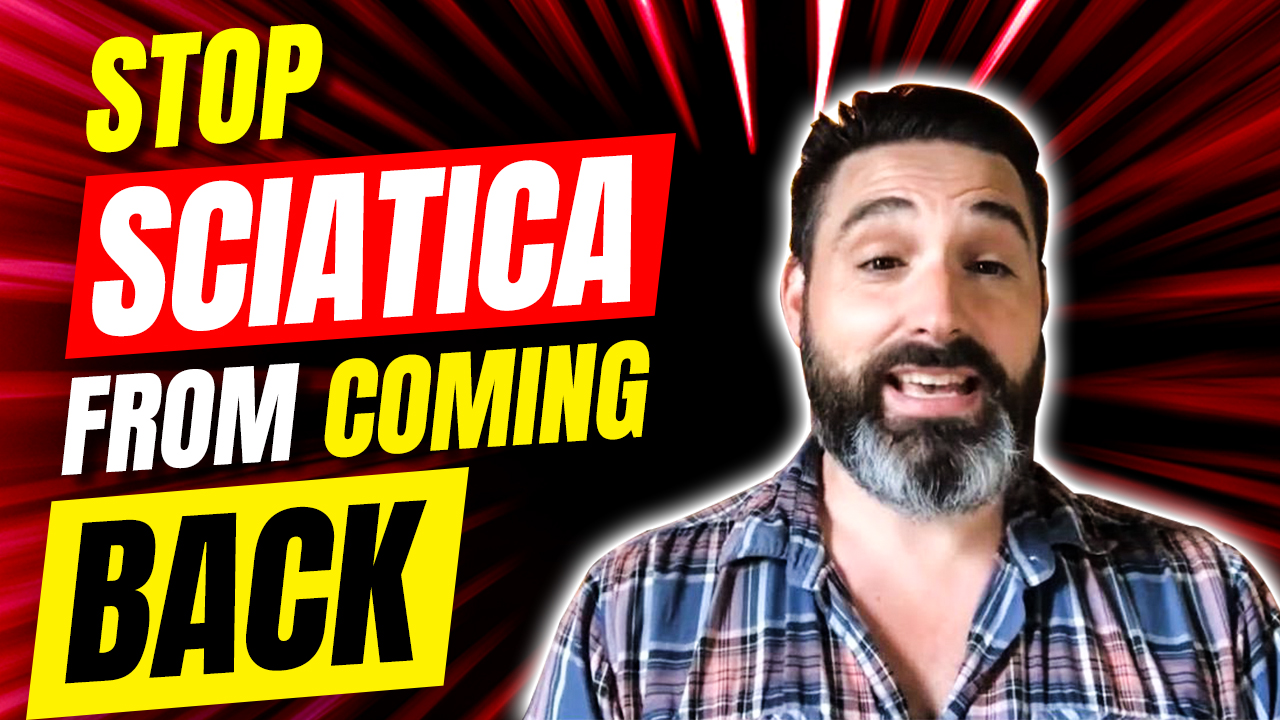 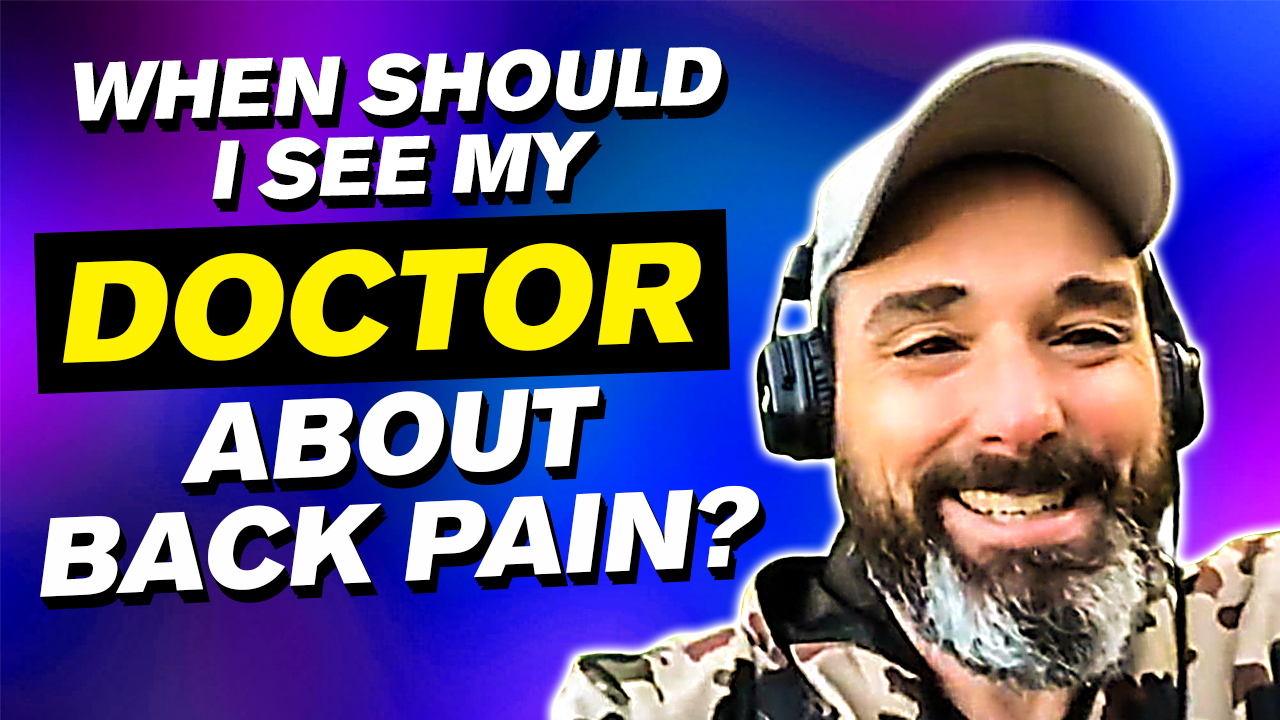 BPS #064 When should I see my doctor about back pain?